Steve Hicks joined Wesco Piano Service in 2014. He is a Certified Piano Technician & an Associate member of the Piano Technicians Guild. He brings 25 years of customer service and relationship management to the business. He has a musical background and comes from a musical family. His favorite instrument is the trumpet, that he has played since 5th grade. Piano tuning is not for everyone and Steve fell in love with the complexity of the piano right away.  Steve is now the head Concert Tuner/Technician for the South Bend Symphony and the Elkhart Symphony Orchestra. He maintains many of the local school systems pianos and tunes for the ISSMA event each year.​ 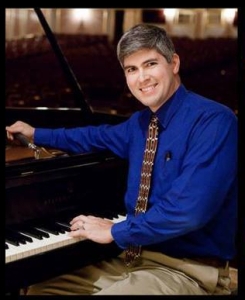 Charles Wesco was named after his grandfather Charles R. Walter who founded The Walter Piano Factory in Elkhart, IN. Charles started learning to tune pianos at the early age of 12, after his grandfather gave him his first tuning lever as a gift. He was taught to tune aurally from the head concert tuner at the piano factory.  Charles had the opportunity to train under internationally known factory technicians that would make frequent stops to the piano factory.  He tuned in concert environments in his late teens and was one of the youngest ever at that time to pass the RPT exams when he was 23.​ Charles has trained and mentored a dozen of other tuners.